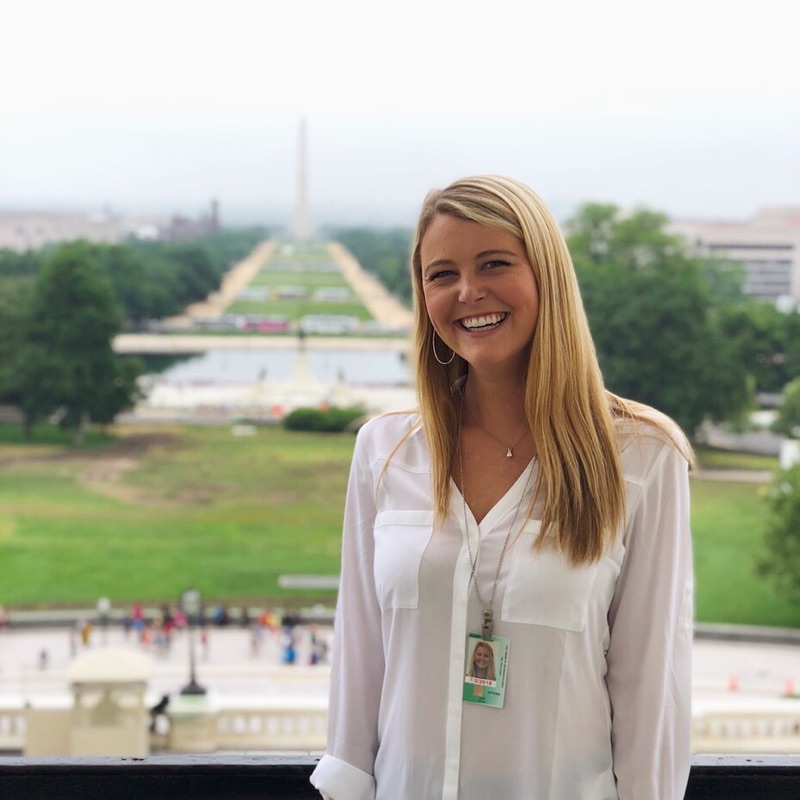 Hallie Gillam on the Speaker’s Balcony during her summer internship in Washington, D.C. 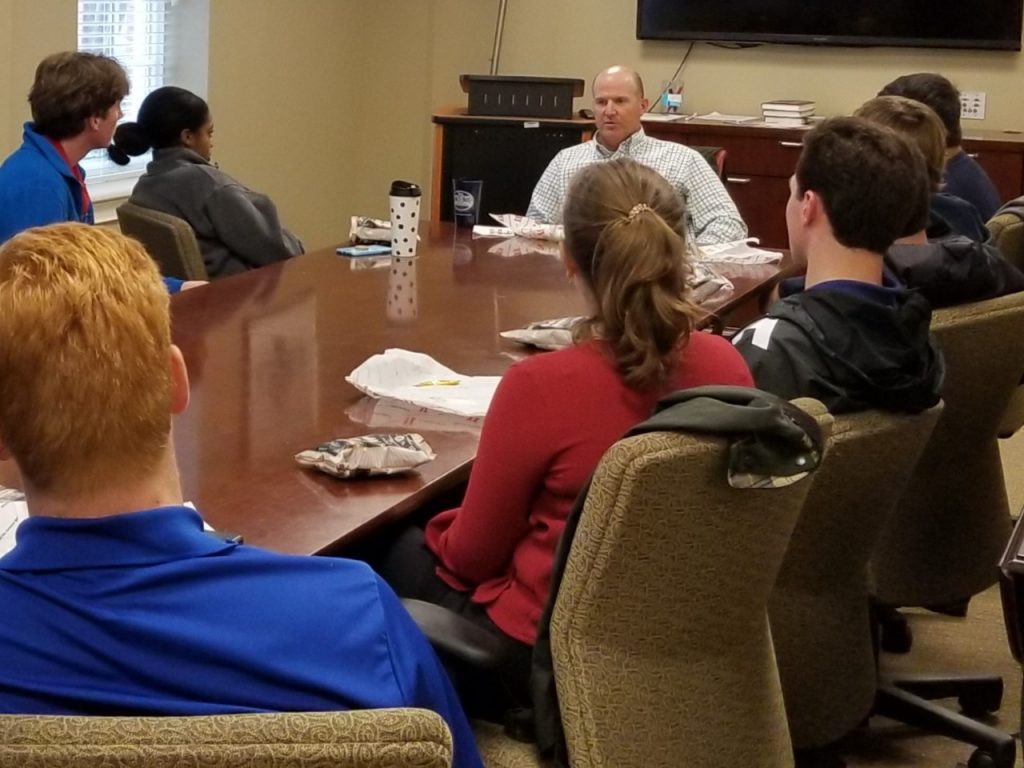 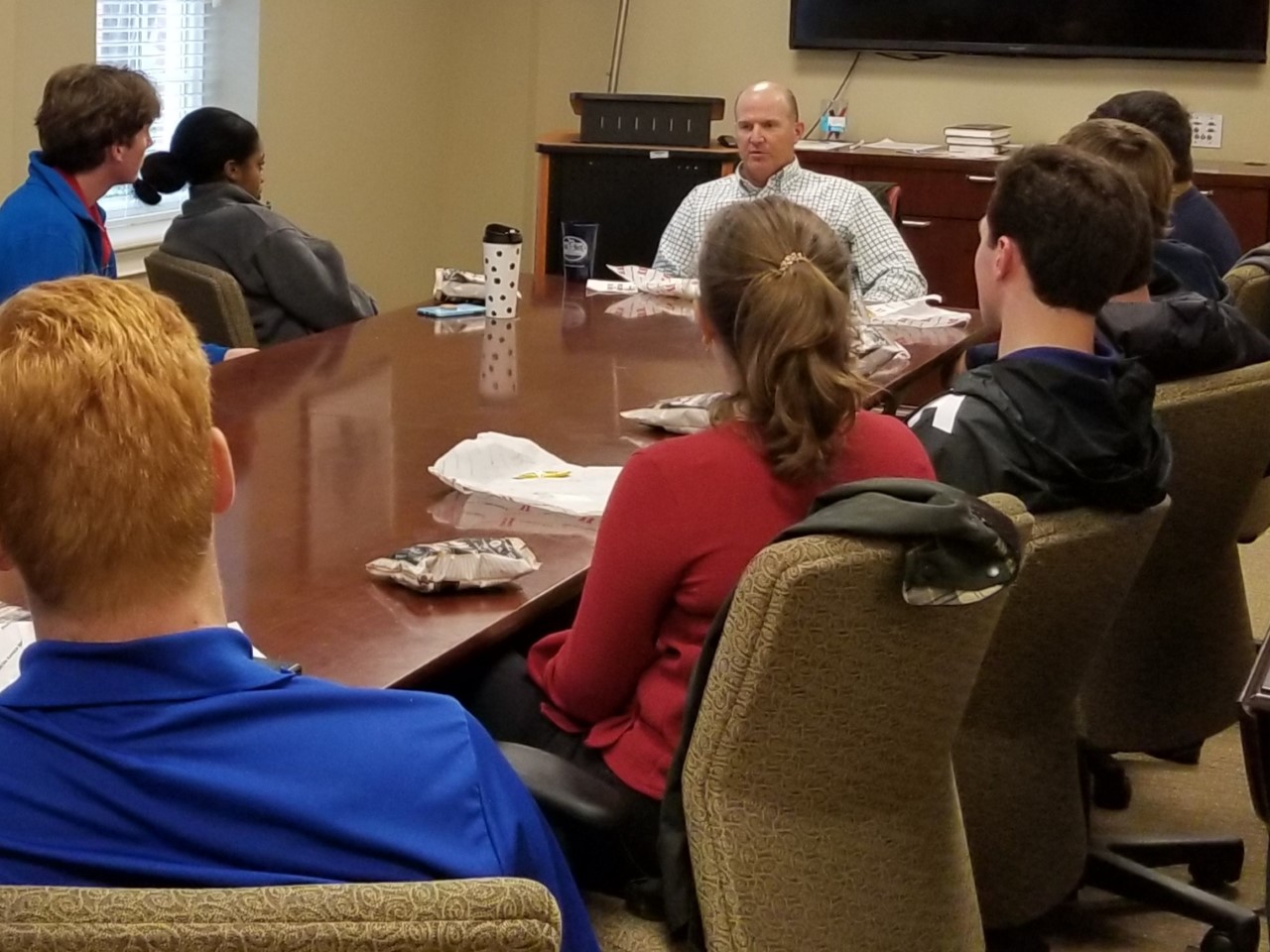 PPL majors including seniors, Gabi Wells and Wills Hay, at a lunch and learn with John Green, co-founder of Crossroads 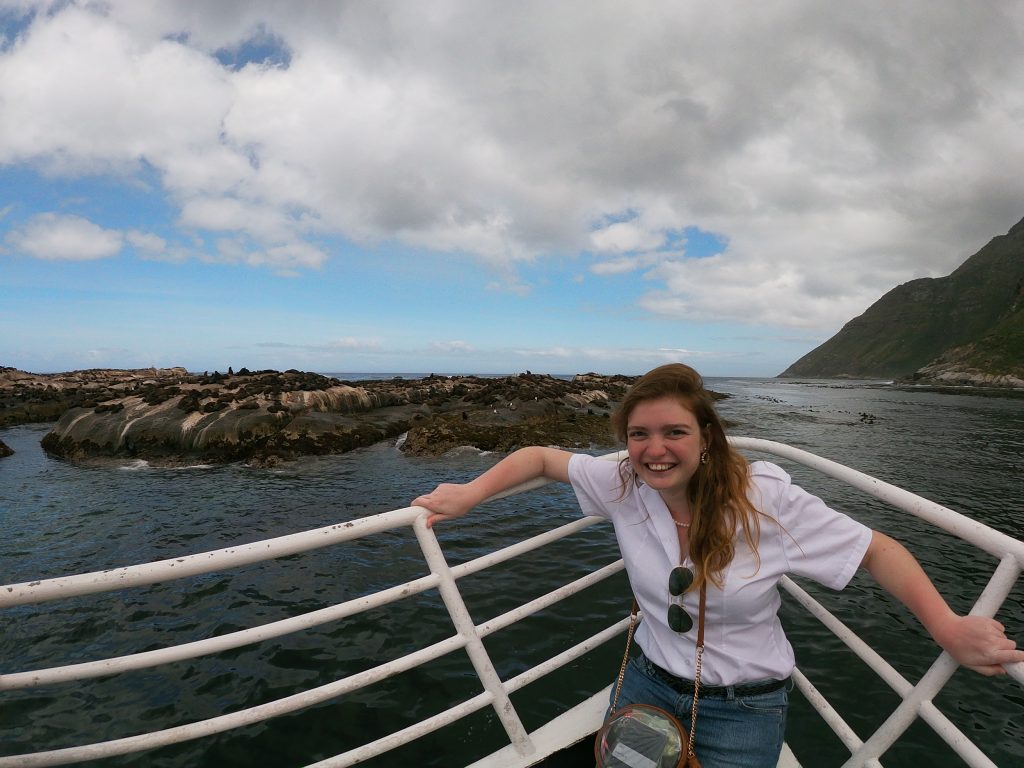 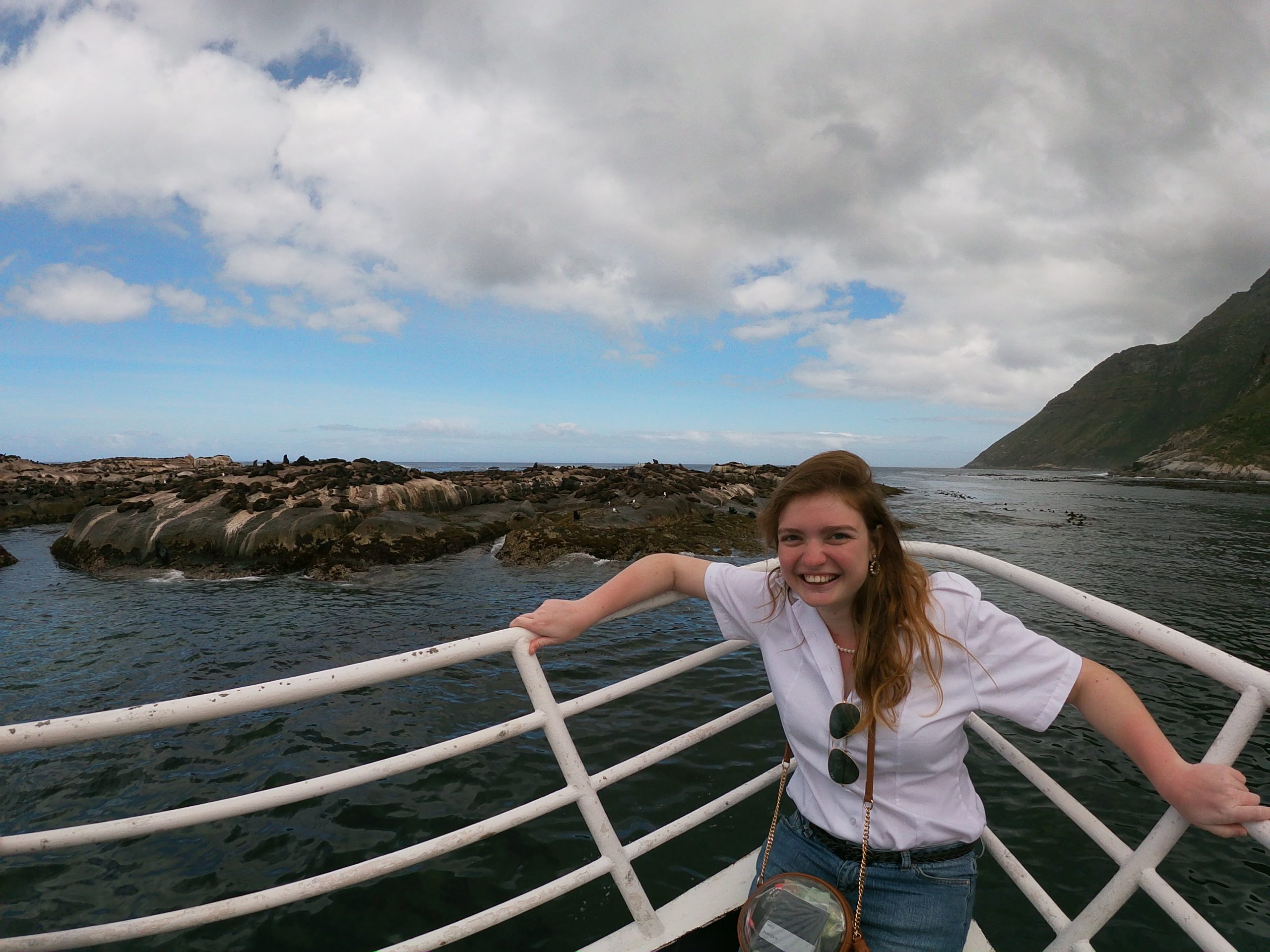 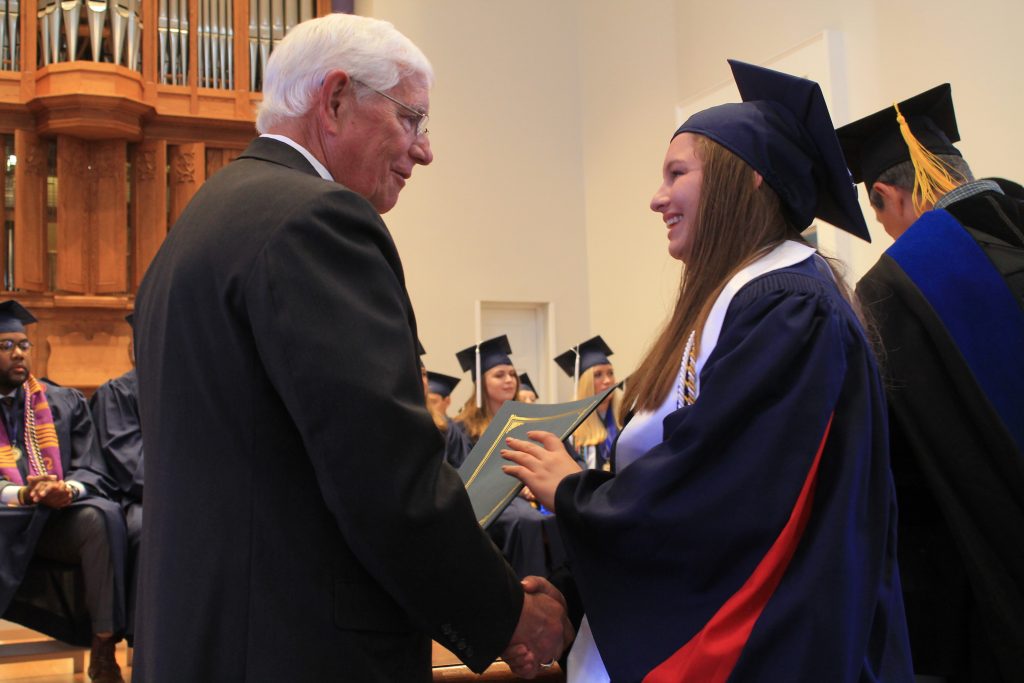 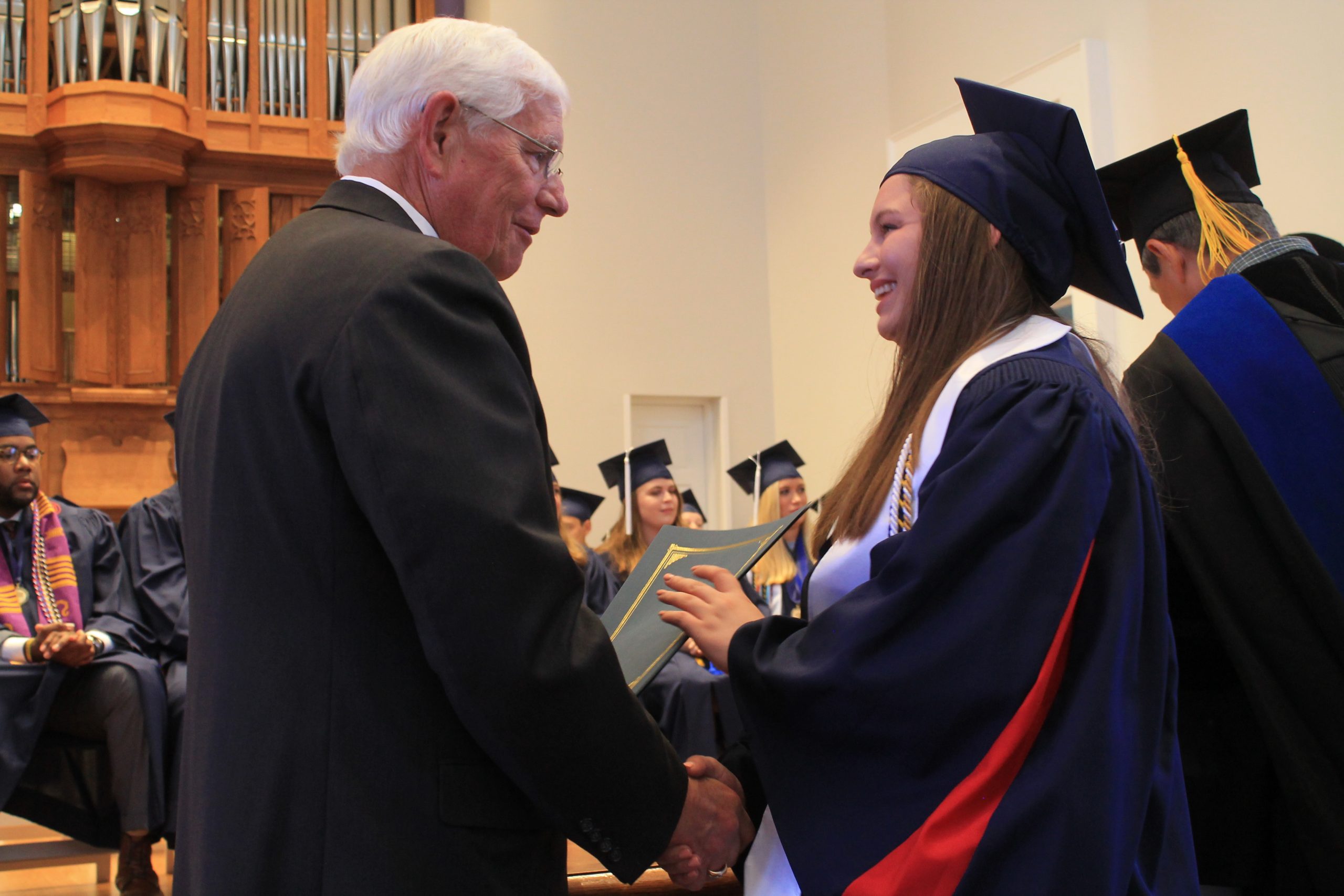 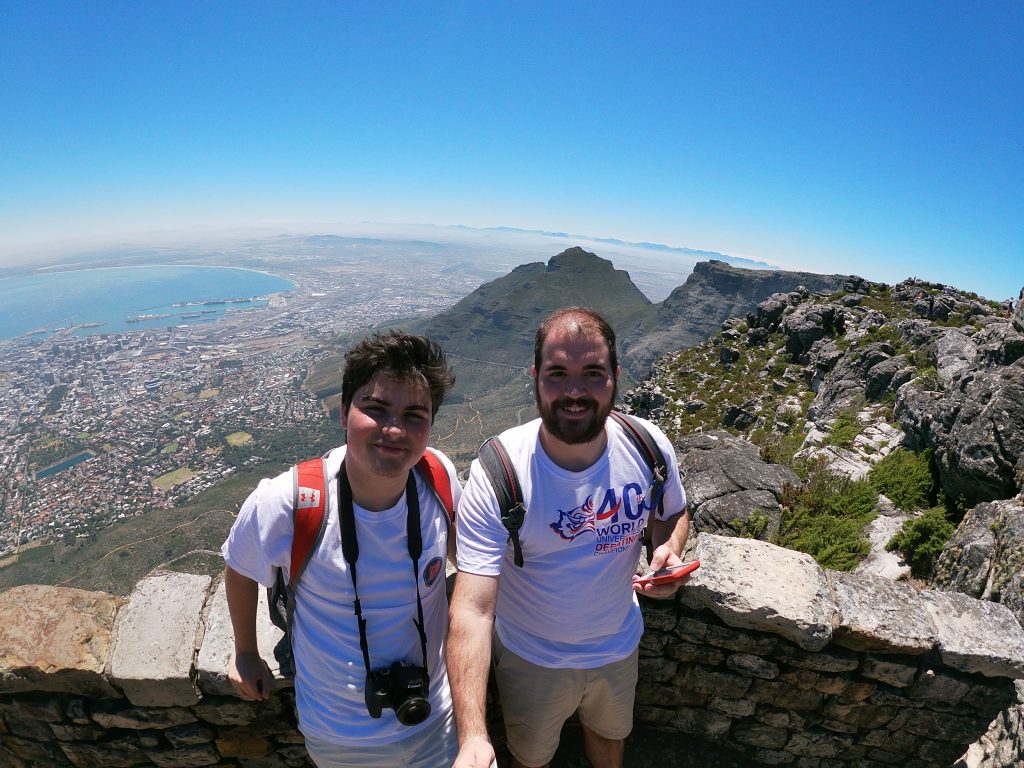 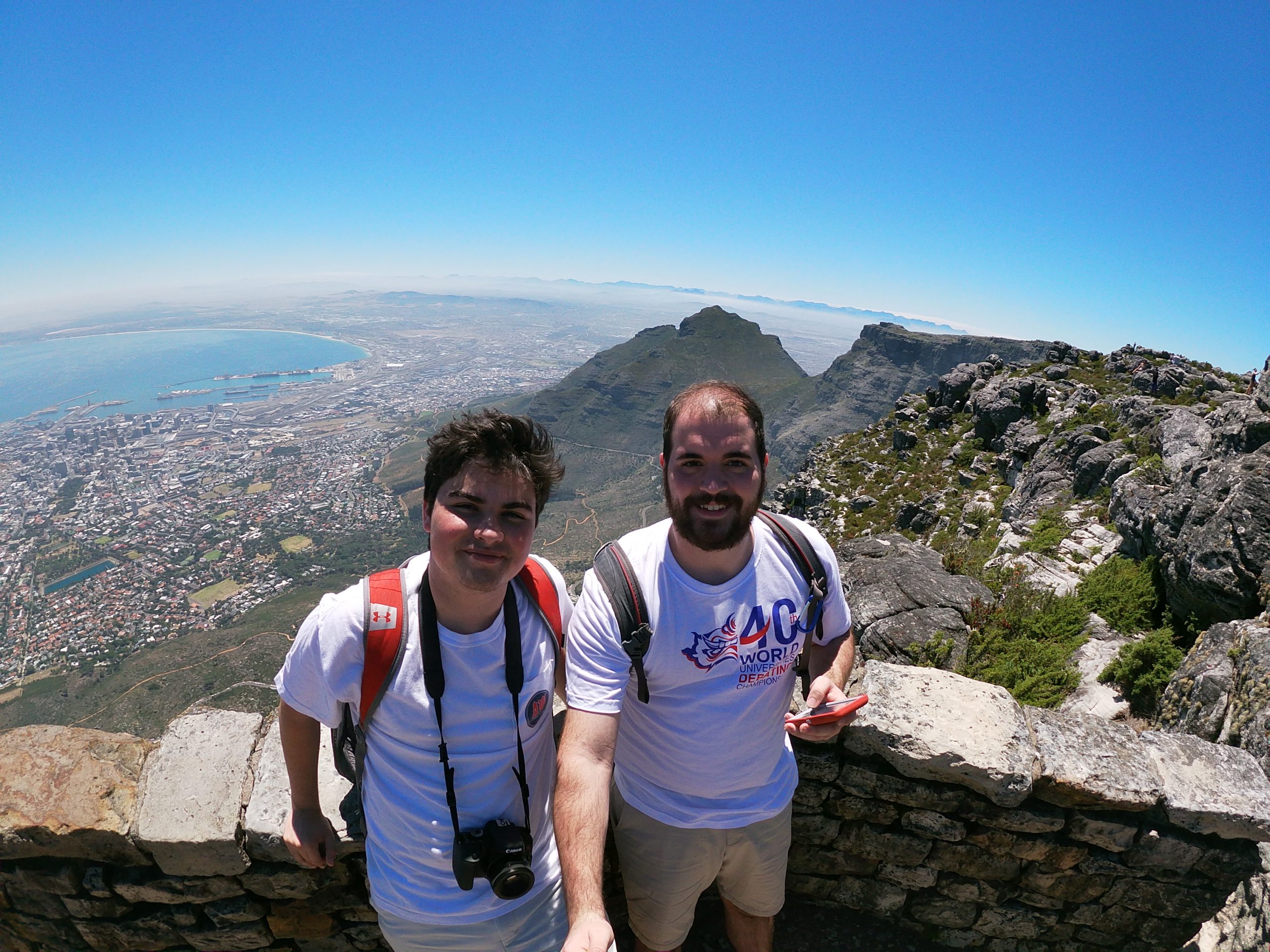 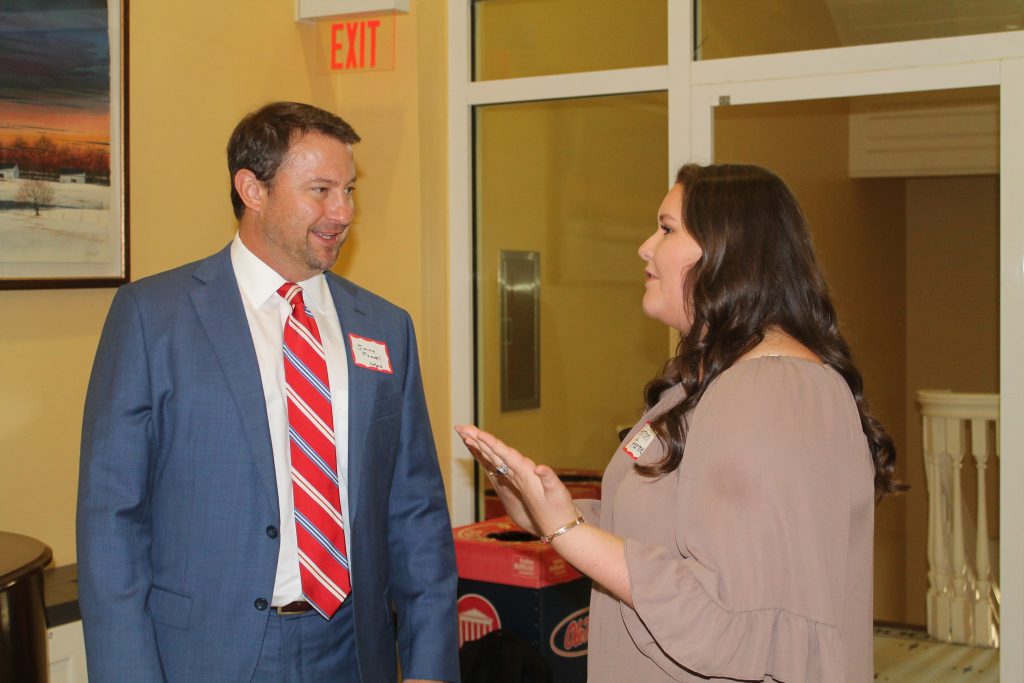 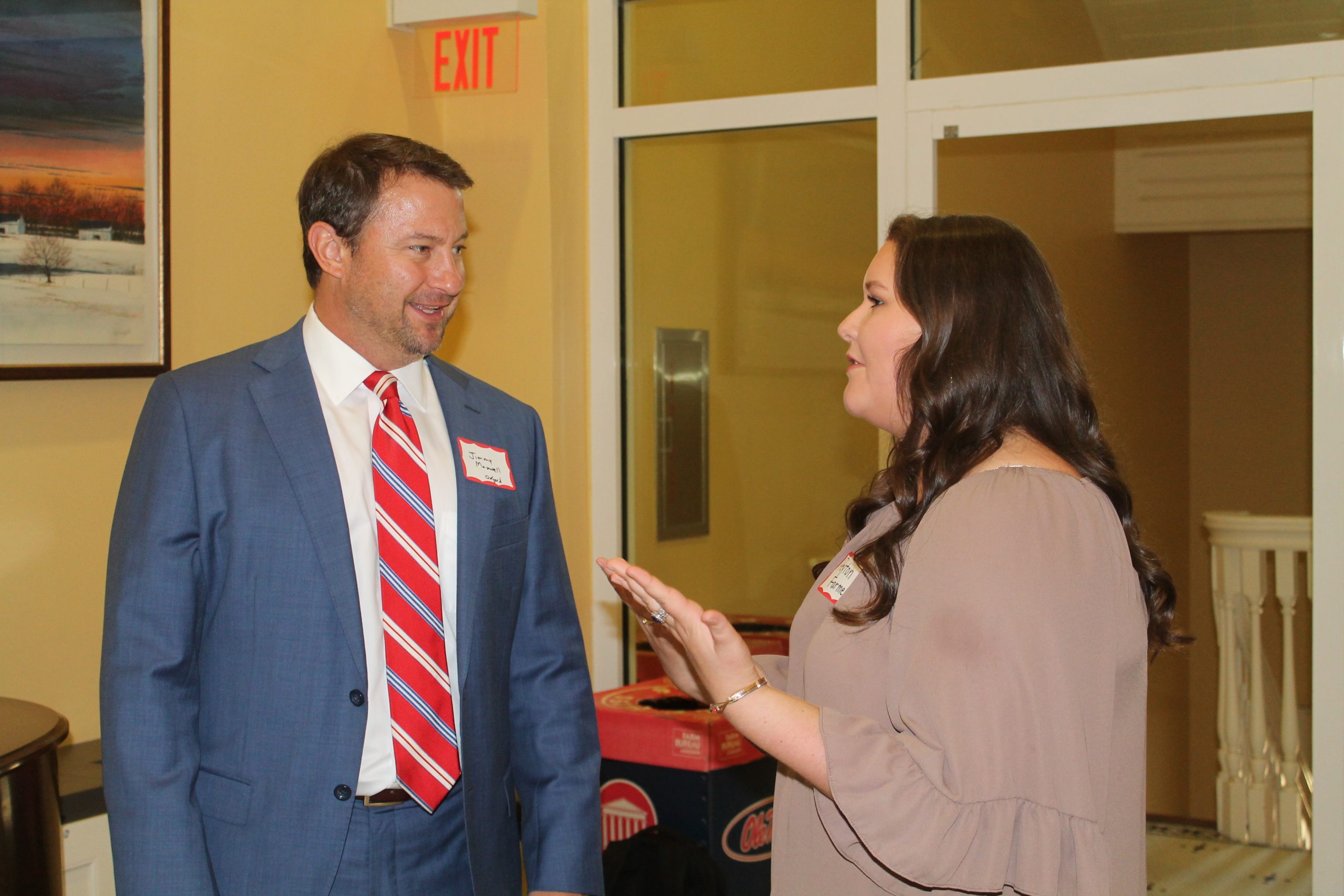